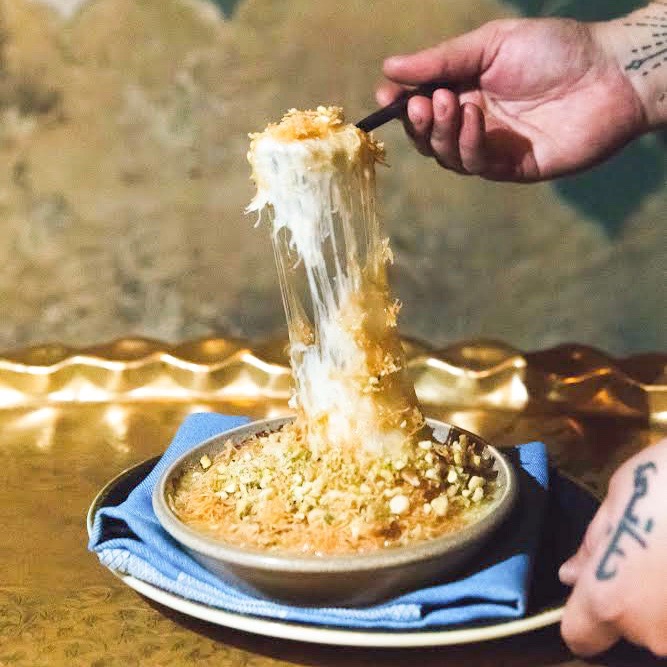 $ 2.00 USD
Marcelle Afram
This sweet, savory, cheesy dessert was my favorite dessert growing up. I never had a sweet tooth, but this was something I always craved. A wonderful combination of flavors and texture. 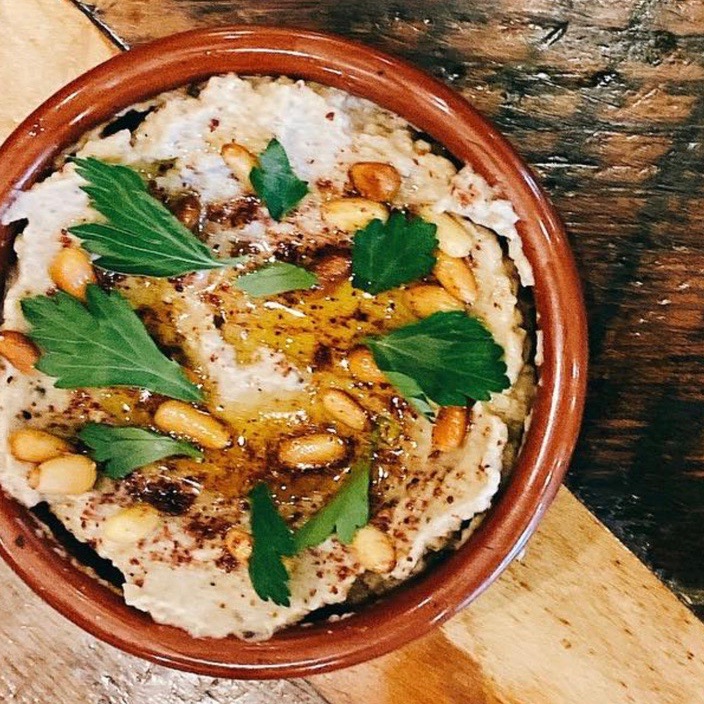 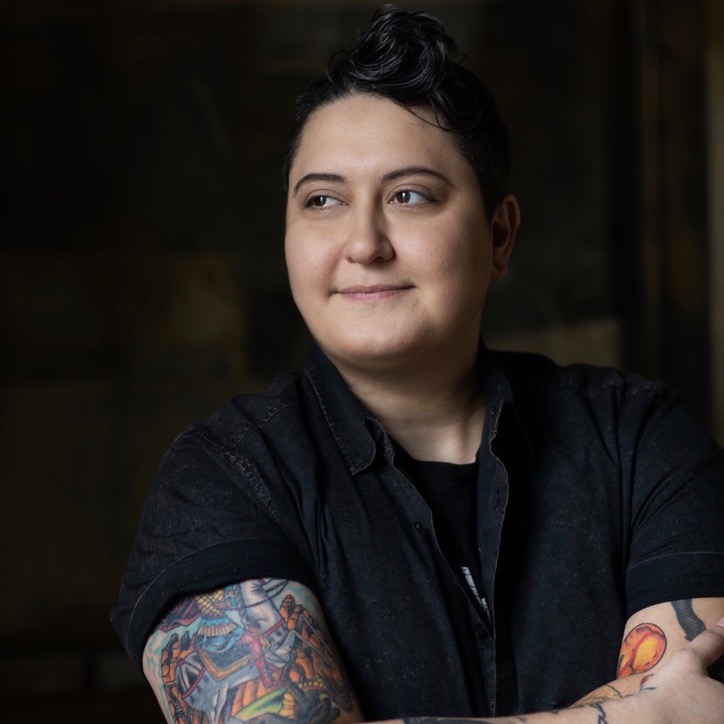 Marcelle Afram is the Executive Chef of Compass Rose and Michelin-starred Maydan in Washington, DC. Afram describes her international culinary style as “Middle Eastern soul food” stemming from her roots growing up in a Syriac family in Maryland. Most recently, Afram was the Executive Chef at BlueJacket Brewery where she oversaw an extensive menu of American eats.

Previously, she was Chef de Cuisine at Zola Wine & Kitchen and prior to that served as Executive Sous Chef of its sister restaurant, Potenza Trattoria and Bakery.  She began her culinary education learning hands-on, from working on fishing boats in Puerto Rico and a grass-fed beef cooperative in Wisconsin to stages in Michelin-starred restaurants in Spain.

Now, taking on the open fire hearth that anchors Maydan’s Middle Eastern menu and the globally nomadic street foods of Compass Rose, she introduces new dishes that incorporate the flavors of the Mesopotamia and her travels into each restaurant.