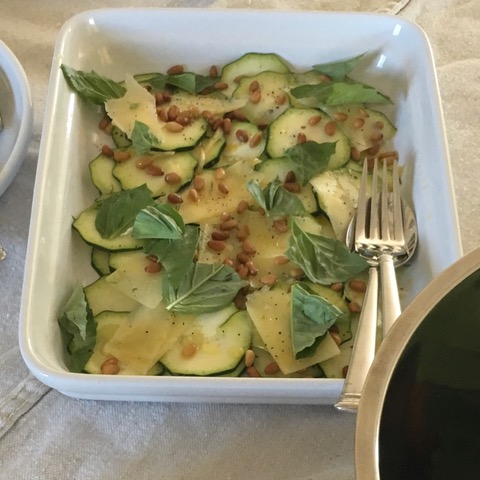 $ 2.00 USD
Elizabeth Falkner
This fresh zucchini salad is layered with salty Parmigiano and tangy lemon juice, then finished with a drizzle of fruity extra-virgin olive oil. 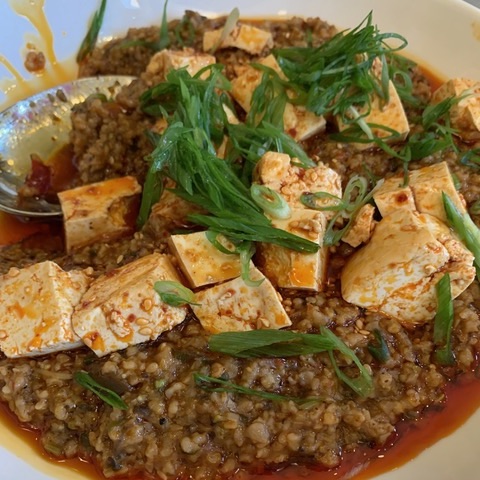 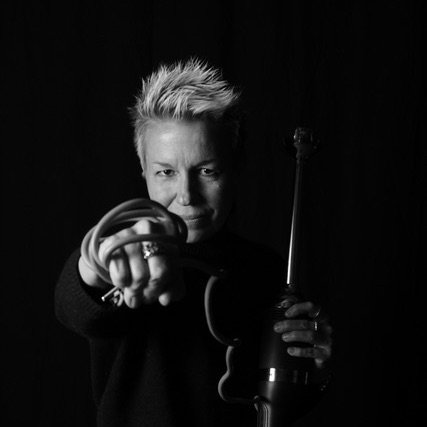 Celebrated chef, Elizabeth Falkner was born in San Francisco, grew up in Los Angeles and moved and worked her way up in kitchens in San Francisco in the 1990’s and has owned and opened several restaurants in SF and in New York through 2014. Today she does recipe development and consults for numerous products and brands and speaks and cooks across the country.

She relentlessly cooks for charity events and food festivals all over. Falkner does both savory and sweet, traditional and modern. She is an advocate for people and chefs to think more like athletes and “stay fit to cook”. After playing soccer for 28 years, she picked up sword fighting fitness and martial arts, yoga, pilates and running distance races. She ran the NY Marathon in 2016 for Team For Kids. In May 2019 Falkner rode 300 miles in Chefs Cycle for No Kid Hungry and raised money for kids in need across the country.

Falkner is a long time member and on the board of directors who served as the president of Women Chefs & Restaurateurs from April 2014 to April 2015 and in January 2019 through January 2020. A graduate from San Francisco Art Institute with a BFA in film, Falkner has produced two short films with food themes in 2018; “Food Games-Sustainability” which she also hosted, and a documented performance piece called “Croquembouche Samurai” she performed at SoHo House in NYC.